Who is Bee Stanton?

Formerly known across the social media world as beejaedee, I am a freelance graphic designer, illustrator, & hand lettering artist based out of beautiful Halifax, Nova Scotia.  Working with clients of all sorts both locally and abroad, I am constantly inspired to create, whatever the task may be.

What is Bee all about? 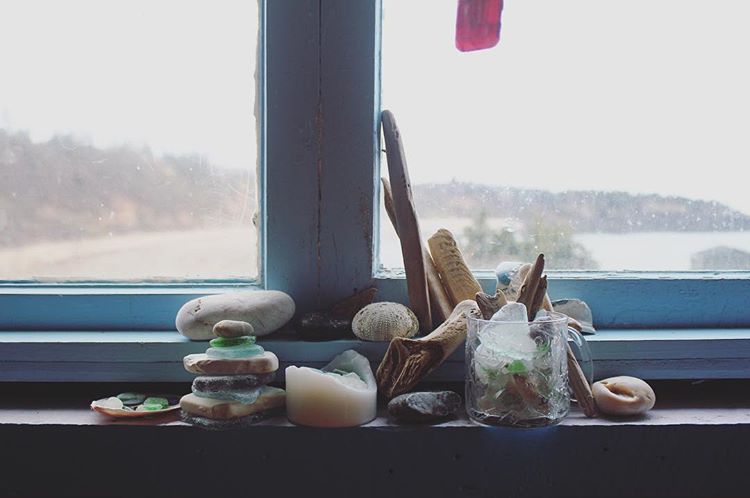 Picture yourself on a seaside cliff. It’s cold, it’s windy, the water is a deep shade of slate, with pale icy blue accents intertwined in white caps. Picture a cabin. It’s tiny and rough. Not rustic, rough. Unlike outside, it’s warm; a wood stove in the corner, a bed with some quilts having seen better days, some chairs and a table with a kerosene light. Somewhere outside a gull is competing with the moan of the wind and sea. You take the boiling kettle off the stove and have a seat. Pour yourself a cup of coffee. Turn on the a.m. radio and pull out your notebook and pen.

Can you smell the coffee and salt in the air? Can you hear the crackle of the stove and muffled tunes of the radio? Then perhaps you’ve gotten a glimpse into my cozy little mind, and hopefully even more-so through my work.

March 2020
Mural Tells the Story of Kenenday Village
An ongoing project with Cornerstone Wesleyan Church and World Hope International. It’s been so much fun for me and a great creative way to show our progress in the village partnership.

December 2018
Nova Scotia Community College – Artist alum excited by NSCC projects
A quick glimpse into one of my biggest (yet to be revealed) commissions to date.

February 2017
The Chronicle Herald – Local artist drawing inspiration from Nova Scotia
A great interview with the underlying theme of ‘Love Letters to Nova Scotia’. I share with the Herald my own passion for my home and how I express that via art.

November 2016
Amanda Arneill – Insta-gem Inspiration: Bee Stanton
My story shared with Amanda Arneill; a look at my background & process in lettering, illustration, and the inspiration behind my work.

October 2016
East Coast Food Stories – Bee by the Ocean
Interview and photoshoot with local Halifax photographer Michelle Doucette and my work with Steinhart Distillery on their limited edition gin bottles.

June 2016
Blackwing Makers – Bee Stanton
Interview with Blackwing Pencils on my work and process, with a focus on the role that pencils play in my day to day.

April 2015
Fast Company – What Origins Discovered When it Went After the Millennial Market
Origins’ #QuarterLifeCrisis Campaign for the Millennial market and how they did it, involving using the personalized and authentic aesthetic of my hand drawn elements.

February 2015
Digiday – #QuarterLifeCrisis? The Estee Lauder Cos. have got covered
Story on Original Skin & the #QuarterLifeCrisis by Origins Natural Skincare with whom I collaborated to hand draw the elements of the entire campaign.

Media Post – Got a Quarter-Life-Crisis? Origins Cooks Up Campaign that’s 100% Millennial
Origins’ QuarterLifeCrisis Original Skin campaign and its target audience of millennials and design collaboration as a millennial.

December 2014
Lost Cod – Tales of a Nova Scotian Christmas Present
Local partners in t-shirt design, the folks over at Lost Cod did this kind piece on my work just before Christmas.

October 2014
Michelle Doucette Photography – City Harvest 2014
Every fall “I Love Local HFX” throws City Harvest, a whole day of goodies from businesses all over Halifax. Sales, treats, drinks, lots and lots of food, it’s a dream! I was fortunate enough to take part by drawing on site at The Lost Cod and Michelle ran around all day documenting the fun. Thanks for the photos, Michelle!

September 2014
CBC News – Nova Scotia in Sketches (Video)
A fantastic opportunity, speaking with Colleen Jones on my work at the Halifax waterfront. The interview was filmed for the 6:00 news.

August 2014
The Digby Courier – Digby artist: turning the East Coast tide of out migration with art
A beautiful day in my home town, drawing on the rocks of Digby’s waterfront. Jonathan Riley of the Digby Courier sat and spoke with me of my work and passion for my Nova Scotia home.