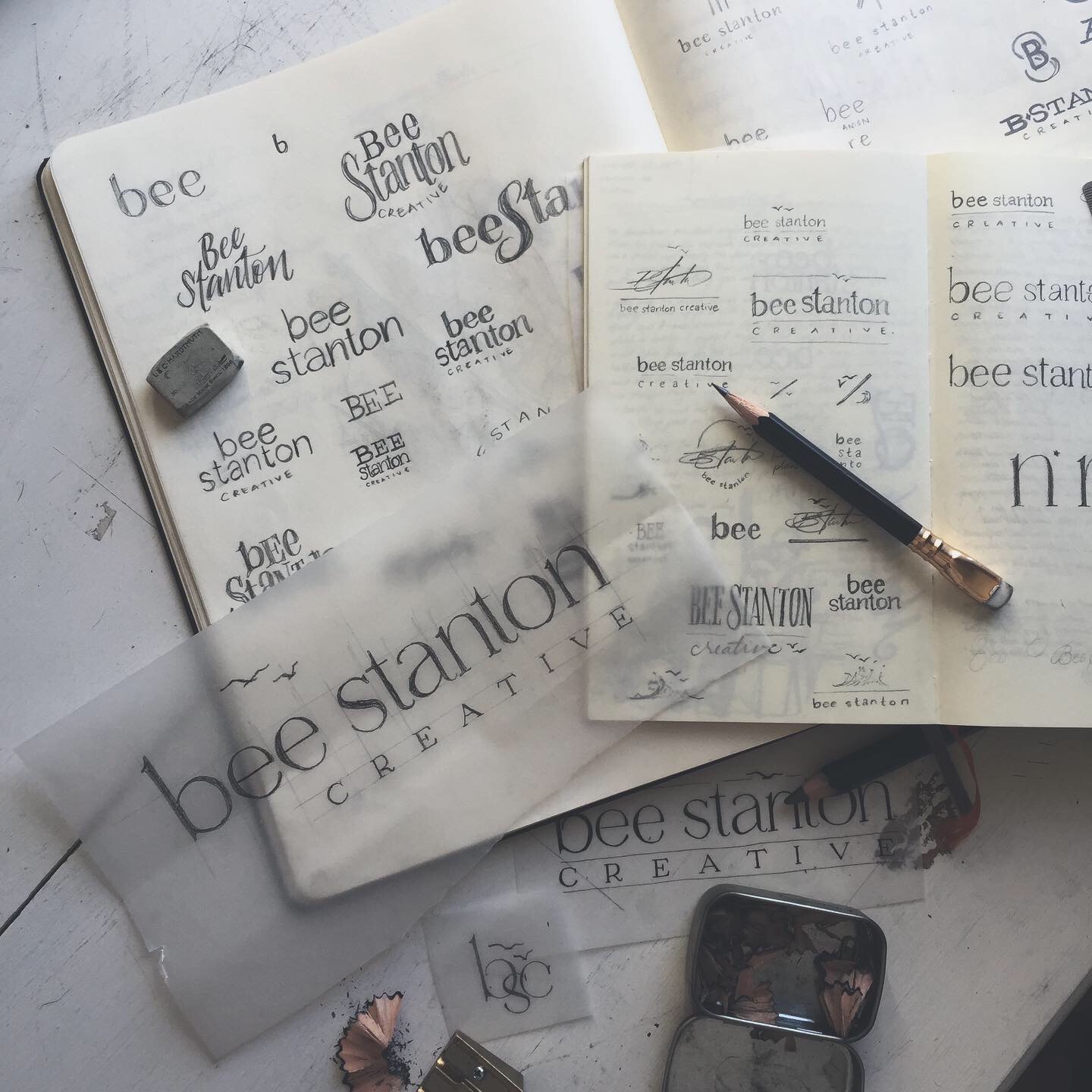 This rebrand was probably one of the most drawn out, impossible, irritating jobs I’ve ever done. Try branding yourself, you’ll quickly discover that you are your most annoying client. I’ve been working on it for two years and finally decided this winter that enough was enough and it was time to just get it done. I asked you guys a while back if I should stick with the original “beejaedee” name or change to my real name, and needless to say, Bee Stanton Creative came to be. 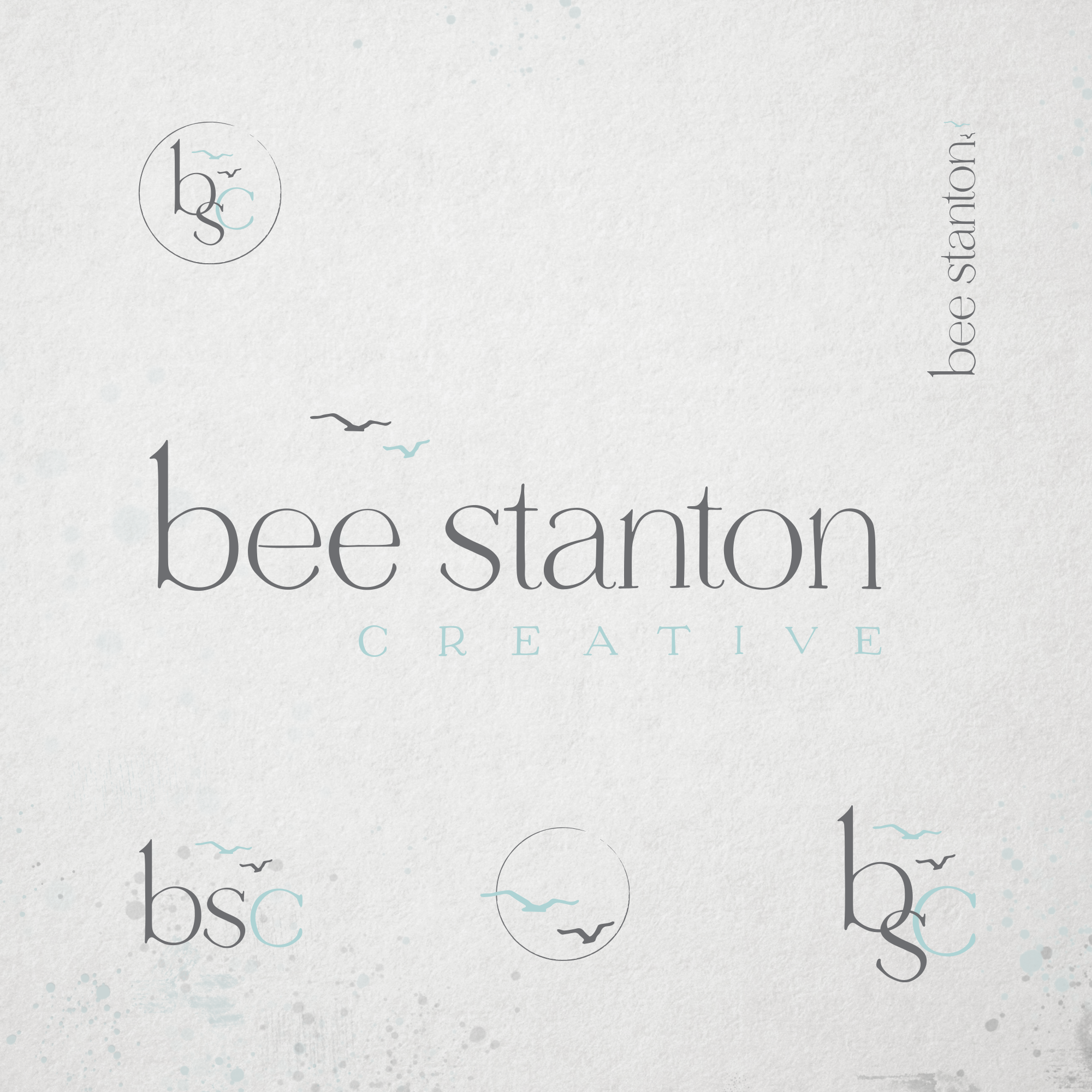 Now if you know my old logo, you won’t think much has changed other than the name. And at first glance, it really hasn’t changed. The style, the colours, the imagery, they’re all the same. Kinda. (And maybe that’s a good rebrand? I dunno) But for months I struggled with this, I kept trying to come up with something completely different. I wanted something new and fresh and fun. However, every time I sat down to sketch, the same old style and doodles kept appearing under my pencil. I fought it over and over until something hit me. This is me.

Why was I trying so hard to emulate some random new style that isn’t me? I think I was trying to challenge myself to grow or some crap, and don’t get me wrong, that’s super important in design, but when it comes to your own branding, swaying from your style is probably a bad idea. The goal is for your audience to see your creative personality in your branding. So I stopped fighting. I let the sketches flow, and the classic sketchy serif lettering and gulls shone through. Just a little more sophisticated, perhaps.

So in case you’re new, here’s the low-down. Bee Stanton Creative is all about illustrative design, hand lettering, and coastal small town culture. My work is heavily influenced by my Atlantic Canadian home and it’s not hard to tell. Put me in a seaside shack with an A.M. radio, a kettle of coffee and a sketchbook and I’m in my glory. I wanted to embody all those things in my branding.  The rough serif lettering is my go-to; hand drawn to represent my love for custom type and all things nostalgic. The stone grey and sea green colours represent, of course, the sea. Not just any sea you might find worldwide, but the stormy waters of eastern Canada that I love so dearly. 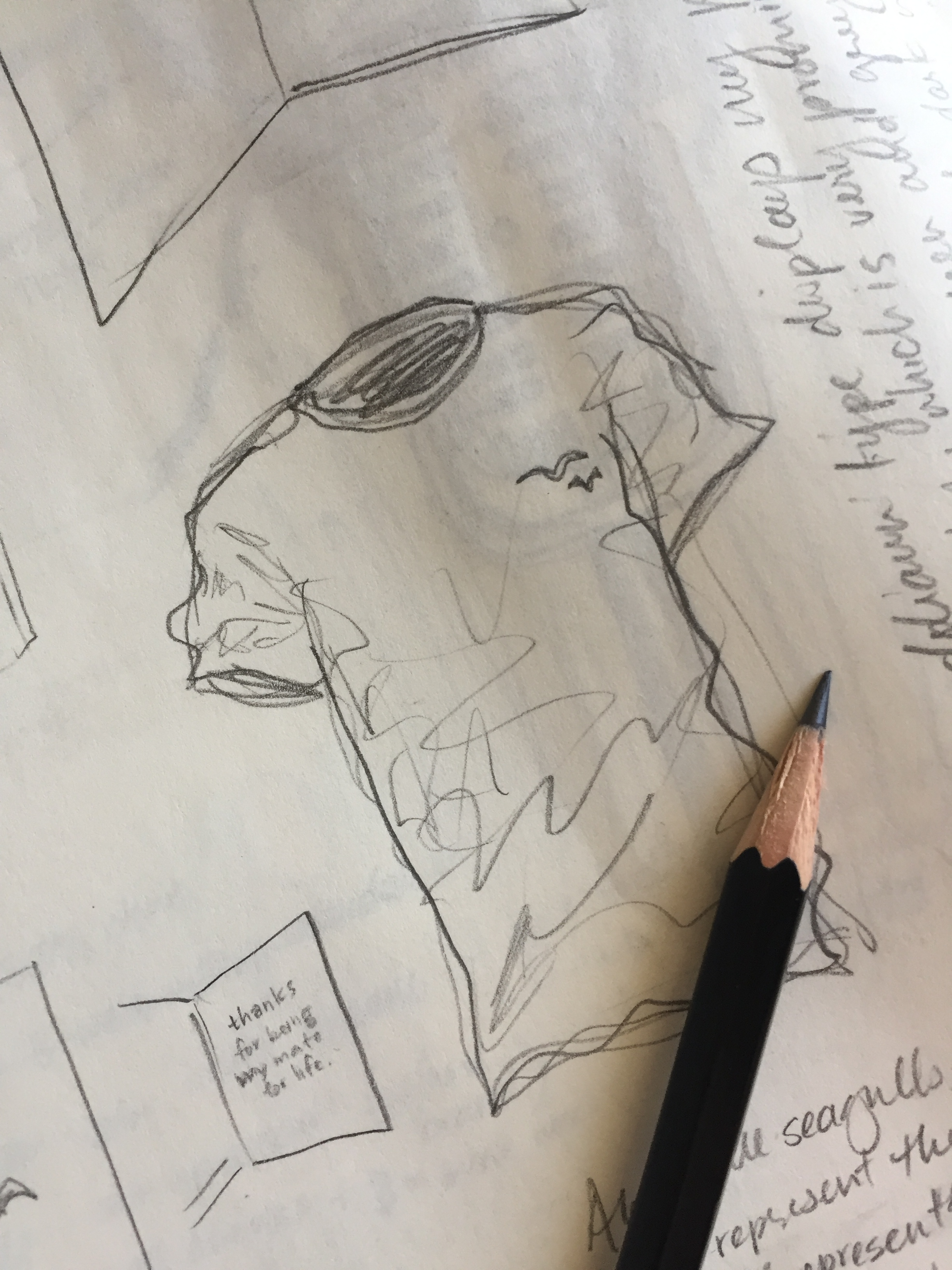 And finally, the gulls. The call of a gull is one of the most comforting sounds in the world to me. Seagulls are resourceful, adaptable and resilient, qualities I admire and that we take great pride in on the east coast. They also represent lightheartedness and clarity, qualities that I personally hold dear. My former logo featured only one gull. But while working on this rebrand, I found myself always sketching two. The more I thought about it, the more I loved the symbolism. Two represent partnership, fellowship, and reliance. I am a dependent person, always have been, always will be. As much as I admire independence, that’s not me. Coming to terms with my dependent nature both professionally and personally brought clarity and peace. Two gulls are better than one anyway. Very entertaining.

So there you have it. Bee Stanton Creative, in a nut—ahem—seashell. Hope you like what you see. 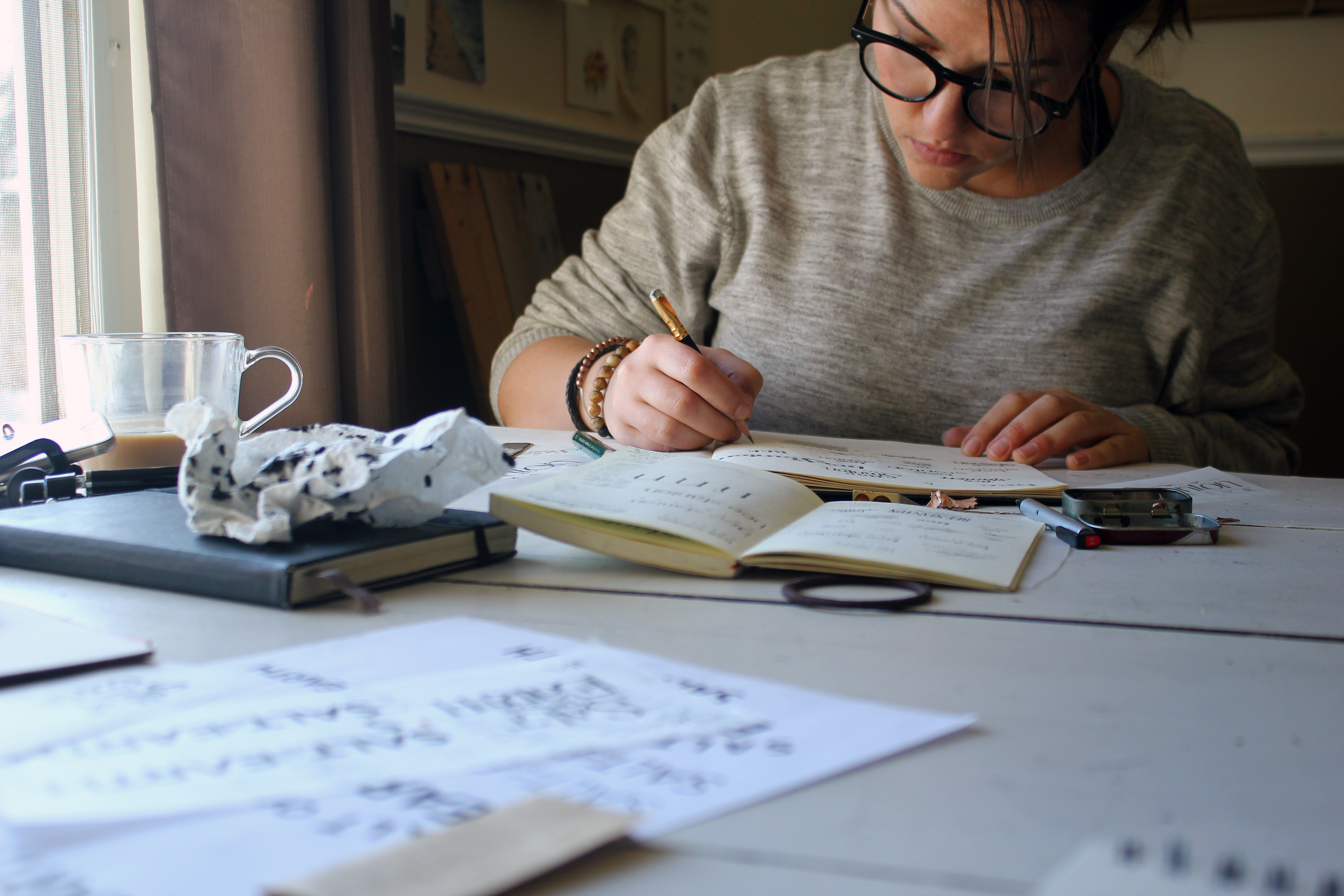